I seem to be going a little bit glitter mad at the moment, now I like glitter but have never really used that much of it but this card uses it to full effect!  The card is fairly simple but that's because I wanted the image and glitter to speak for themselves.  This image always makes me smile, I've coloured with spectrums and copics then added glamour dust and 3d crystal gloss enamel (which I actually bought by mistake!  I just wanted clear 3d gloss, my own fault for buying in a hurry but I'm sure I'll be making use of this lol)  I did actually colour this image and had a pink bauble which I added the gloss to but I think I may have added too much as when it had dried it had caused the pink to bleed out of the bauble just glad I hadn't attached it to the card first which I very nearly did! lol.  The stripey paper is glittered too and the pink snowflake paper is from Raspberry Road Designs finished off with 3 little pink gems.  For the photo I used the flash this time as I really wanted to show that sparkle! 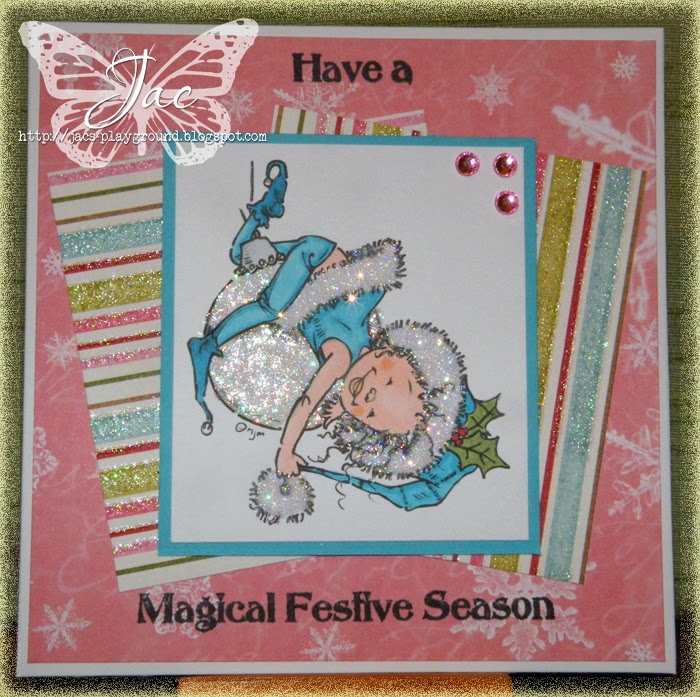