Good morning, it's time for  a new challenge over at Crafty Catz and this week it was my turn to choose the theme.  Now when I think of challenges I like to see what was happening around the world around the date of the challenge and on 6 September 1852 in Manchester, England the FIRST British FREE library was opened!  Wow I had no idea free libraries had been around that long!  Charles Dickens spoke at the ceremony, as did poet William Makepeace Thackeray.  According to Dickens there were some 20,000 volumes in the stock, volumes that would open the minds of the curious, educate the working men who wanted to improve their lot, or just entertain those with no particular social agenda. In the words of Charles Dickens, it was free to all... "Knowing no sect, no party, no distinction; nothing but the public want and the general good."

Ok with the history lesson over, (lol) it's time for my chosen theme which is 'Bookmarks'  What better way to celebrate than with a good book which of course needs a good bookmark, and here is mine: 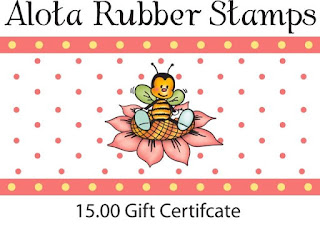 I found a giant paperclip and thought it would make a great starting point for my bookmark so I cut the image and sentiment out using plain circles then matted them onto scalloped circles using First Editions Family Ties then sandwiched the paperclip in the middle and hey presto my bookmark was completed. 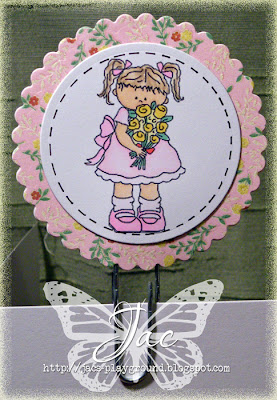 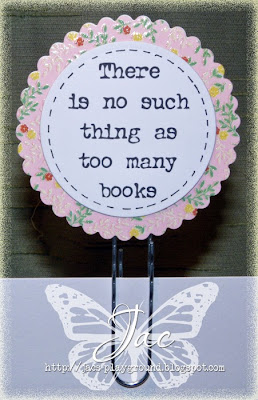 I would like to enter this bookmark into the following challenges:
Allsorts #222 ~ Its all about the sentiment
Papertake Weekly ~ Anything Goes
TFL